ST. PATRICK & THE DRUIDS OF IRELAND 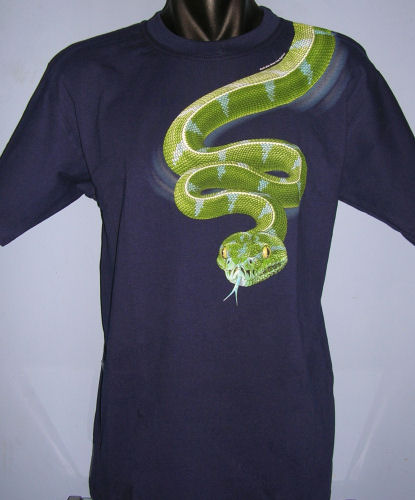 ST. PATRICK & THE DRUIDS OF IRELAND

population of Ireland to Christianity. The Druids, however, stood in his way. The Druids were very important people in Ireland at that time, and their symbol was the Snake of Wisdom. Druids could be priests of the old religion of Ireland, but there were also much more.

One part of the Druid class were the "Bards", whose job it was to remember all of the history of the people, as well as to record current events. Because the Irish Celts did not rely on a written language, everything had to be memorized. Bards were poets and musicians, and used music and poetry to help them remember their history exactly. Because of this, Bards were highly respected members of the Irish society. The Irish believed that history was very important, for if you didn't remember what had happened in the past, you couldn't safely plan for the future. Bards, therefore, held the future of the people in safekeeping.

Another important part of the Druidic class were the "Brehons". Brehons were the Judges and the Keepers of the Laws. The Celtic people had a highly complicated society, and with it, a highly developed set of laws. Brehons trained for many years to learn the laws of the people, so that whenever there was a dispute, the Brehon could Fairly decide the matter and make peace. The laws were there to make sure that everyone; man, woman, and child, were treated fairly and with respect. Because of the wisdom that the Brehons held, and

the knowledge of the laws of the society, they too, like the Bards, were held with much respect.

And, of course, there were the Druid Priests. This branch of the Druid set were the keepers of the knowledge of Earth and Spirits. It was their responsibility to learn the Spirit World, in order to keep people and Earth in harmony. Priests performed marriages and "baptisms", they were healers, and psychiatrists. The Priests were The wise grandparents to whom you could go with a problem. They were there to help you solve them, with the help of the Earth and the Spirit World.

Into this world of the Irish Celts entered a highly energetic and devoted Christian Priest named Patrick. Because he believed so strongly in the tenets of Christianity, he thought that anyone who was not Christian had to become one in order to be "saved". He came to Ireland to convert the Irish people to Christianity.

without Patrick and his ideas, but he was persistent. He noticed that the Druids were really the important people of the society. He thought that if he could convert the Druids to Christianity, the rest of the people would follow. Patrick's main problem was that the Druids were very comfortable with what they had already learned, and were not willing to change. Druids had spent their entire lives learning the ways of the people, and were the last people who were willing to change.

Although Patrick was not willing to abandon his vision of a

Christian Ireland, he was getting desperate. He knew that because the strength of the people rested with the Druids, he had to get rid of them in order to get the people to listen to him.

Patrick was not alone in his efforts. He had brought many people with him from Britain to establish the new religion. Patrick began to destroy the influence of the Druids by destroying the sacred sites of the people and building churches and monasteries where the Druids used to live and teach. Gradually, the might of the Druidic class was broken by a bitter campaign of attrition. Instead of hearing the teachings and advice of the Druids, the people began to

hear the teachings of Rome. Because the Druids were the only ones who were taught to remember the history, with the Druids dead and their influence broken, the history was forgotten.

Patrick won. By killing off the teachers and the wise ones, his own religion could be taught. For this mass conversion of a culture to Christianity, and for the killing of thousands of innocent people, Patrick was made a Saint by his church.

Today the story is told that Patrick is the patron Saint of Ireland because he "drove the snakes out". We now know that the "snakes" were the Druids. So although I love the Irish people and celebrate their Celtic heritage, I don't "celebrate" a day dedicated to the man called Patrick, Patron Saint of Ireland.

"Doing my part to pass it on"

This seems to go 'round every year, so I thought even though I haven't seen it yet, I'd get a jump on it, LOL:

A day that St.Patrick chased the snakes out of Ireland. Well, the snakes were the

Pagans. And they weren't just chased out. They were executed; Men,

women and children. So, I've started a tradition with my coven and other friends.

On St. Patricks Day , all Pagans should wear something with a snake

the "snakes" are still here and that we are here to stay.

The Snake is a symbol of wisdom and free will. Which is why the

church wants to get rid of all Pagans. We believe in free will and

responsibility for our own actions. So, I am reaching out to all my

all other pagans you know. If we can get at least 1,000 people

wearing a snake this year, it would be a definite great start.

Please Pass this on. Thank You and Blessed Be. And May the Goddess

Kiss Your Brow and Bring Light into Your Darkness.